THE NATURAL WONDERS OF WILD TUALANG HONEY FROM INDONESIA

Tualang honey is a multifloral jungle honey, produced by a giant honey bee called the Apis dorsata found in South and Southeast Asia. The bee nests hang from the high branches of Tualang trees, the tallest of the tropical tree species, measuring about 88m (289ft) tall.

Apis dorsata bees are attracted to Tualang trees because it allows them to build their nests at the topmost branches, away from the potential dangers of humans and animals. A synergy is created from this need — the trees offer the bees a home, and the bees protect the trees from the threat of loggers. To humans, the honey that is created by the bees are far more valuable than the timber that can be made out of the Tualang trees. 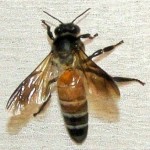 In recent years, there have been an increase in the number of studies published in medical databases regarding its potential health benefits.

It seems that Tualang honey has antimicrobial, anti-inflammatory, antioxidant, anti-mutagenic, antitumor, and anti-diabetic properties, in addition to wound healing attributes. Some of its properties are similar to Manuka honey, which has been more researched over the years. Compared to Manuka honey, it is also more effective against some gram-negative bacterial strains in burn wounds.

The trees grow in the thick of the jungle and are very tall — the tree trunk is very slippery, and the bees are huge and dangerous to those which encounter them. There is no easy way to gather honey – skilled honey hunters are required to do the job.

The hunting doesn’t happen like a regular apple harvesting. There is a ritual first, performed by the locals, with a mixed Islamic and Hindu symbolism. Singers chant ancient prayers to cajole, charm and calm the bees. On moonless night in February and March honey hunters climb the Tualang trees with smouldering torches, banging them on the branches above the nests. This creates a rain of fire, and as the sparks fall to the ground, the awakened and enraged bees take off in pursuit of the embers. The bees become disoriented and remain on the ground until dawn, leaving the nests unprotected. The honey hunters will then be able to harvest the honey – about 1,000 pounds of honey can be gathered from only one tree.

THE MYTH BEHIND HARVESTING TUALANG HONEY

A Hindu myth tells us about a handmaiden called Hitam Manis, or “Dark Sweetness”, who fell in love with the son of the reigning Sultan. Although he answered her love, they could not get married because she was a commoner. When the Sultan discovered their love he decided to kill her. She and some other maidens tried to escape and run away.  Alas, she was hit by a metal spear, straight into her heart. Hitam Manis and her friends turned into bees and flew into the forest.

Some years later, the prince went into the forest and saw some giant honey combs, high, in a Tualang tree. He climbed up the tree, discovered the sweet honey, and climbed down the tree, explaining that he had committed a sacrilege by using a metal implement to cut into the honeycomb, which had ultimately killed Hitam Manis. Later a “golden shower” made by the bees restored the prince back to life.

To this day no metal is used in harvesting the honey as a sign of respect to Hitam Manis.

At dusk the bees fly from their nests and defecate en masse, showering the surrounding ground and foliage with a golden rain. The nitrogen-rich bee faeces fertilises the Tualang tree that hosts the bees, giving it life as it did for the prince.